Understanding Why Malware Is Such A Huge Threat 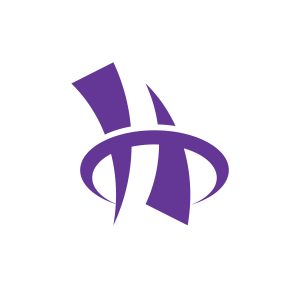 Malware has become a familiar term for computer users, and this is not such a good thing. They coined the term back in the 1990s, and it is a combination of the English words “malicious” and “software.” As its etymology suggests, it refers to harmful programs meant to deal with damage to systems, often to gain access to confidential data. These threats are very widespread and are becoming an increasingly serious cybersecurity threat.

Common Types Of Malware To Watch Out For

Over the years, hackers have developed new types of malware. To stay protected, one of the first things we need to do is be aware of these threats and how each of them works.

Computer viruses work in the same way as viruses that cause people to get sick. When you open a nefarious file, which can happen even with a single unintentional click, the virus that is attached to it will infect your computer. It will replicate itself within your system and attach itself to other programs. Just like a regular virus, it will spread across different computers until the entire network is infected.

The purpose of spyware is to peek into confidential data. It attaches itself to legitimately downloaded files, and once it is inside your system, it reports information like passwords, account names, bank details, and so on to a separate website. Often, you can tell if spyware has infected you if your computer slows down considerably.

Do you ever notice those annoying pop-up ads that show up while you are using your computer? It’s hard not to. Sometimes they tell you your computer is now infected or that you have won a prize. This malware will start showing up after you have downloaded something from an unsecured website. The adware pop-ups are not dangerous in themselves, but when you click on them, they will get a lot more hazardous quickly.

Ransomware attacks have multiplied tremendously in recent years, along with the rise in popularity of cryptocurrencies. What these do is freeze your network or data without actually causing damage just yet and release it only after you have paid the ransom that the hacker is demanding. But if you refuse to pay the ransom, what usually happens is the hacker will delete all your data from the device that is the hostage.

Botware, a new type of malware that is rapidly becoming quite popular, renders your computer immobile by inundating it with denial-of-service attacks. One effect of botware is that it makes your CPU run ceaselessly, causing a noticeable surge in your electricity usage.

Malvertising – A New Type of Malware

Aside from the common malware that we described above, there is also a new type of malware that might be worthy of its own category. This is called “malvertising” today.

Instead of attaching themselves to downloadable programs and such, malvertising piggybacks onto legitimate advertisements. The perpetrators use legit ads to spread malware through auto-redirecting ads. When you come across these redirecting ads, you will find yourself on a phishing website before you know it.

Cybercriminals that use malvertising prefer larger ad networks because they distribute a higher volume of ads. It is very difficult for these networks to keep a very close eye on every single ad they display. That is what the malvertisers are banking on. If no one notices they were able to infiltrate the script of ads and add their encrypted code, they can easily use this to install more dangerous malware into the victim’s network.

Eradicating malware is an impossibility because there are always new ones being developed. But the good thing is that we can stay protected by being vigilant and prudent in all our online dealings.